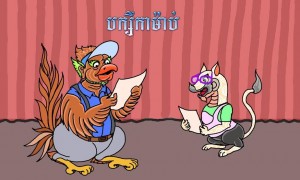 Characters from a comic done for Fatbird Frank, a Festschrift blog for the recently departed cartoonist and creator Aaron O'Donnell.
http://fatbirdfrank.blogspot.com.au/
The bird in this case is a garuda, and the cat is a Khmer-style lion.
Thanks to Soeun Klo, Kim Phally, Kong Monirath for the assist. 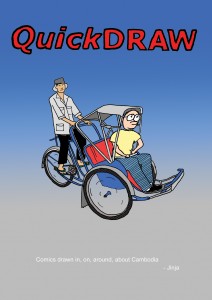 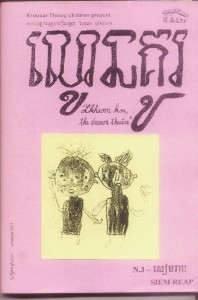