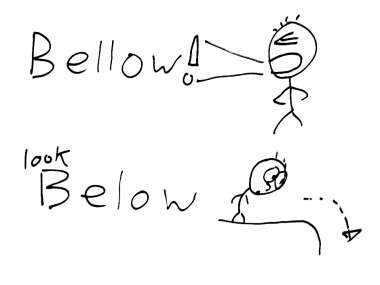 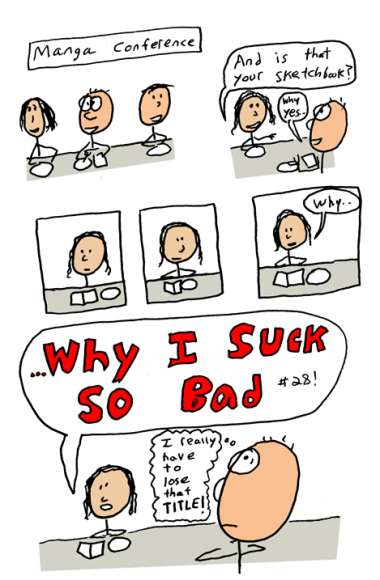 The Japan Foundation very kindly paid my way to an international conference on comics. Whilst there, this old chestnut pops up. Whoops!

http://www.delicious.com/comicslifestyle/comixfail
I think this series may have run its course!

Everyone has existential dilemmas. But as I was reminded during the conference, comics are not necessarily the place to air your dirty laundry. There is SO much more potential. Yesterday's Art auction at Foreign Correspondents Club Phnom Penh: did not score in the general auction, but I sold two pieces afterwards! (Only comix in the whole bunch.) All money went to Japan relief, raised $1465 in one hastily arranged evening! Go team! ----------
As further proof that I can't trade on, um, sucking, an anthology I've written for, Liquid City (Volume 02) has just been nominated for an Eisner Award. Kinda like the Oscars of USA comics.
http://www.LiquidCitizen.net
http://sonnyliew.wordpress.com/2011/04/07/nomnomnom/
http://en.wikipedia.org/wiki/Eisner_Award 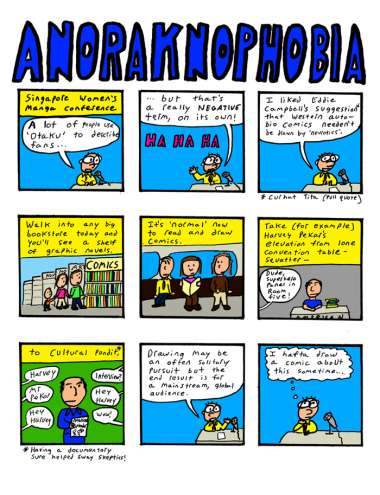