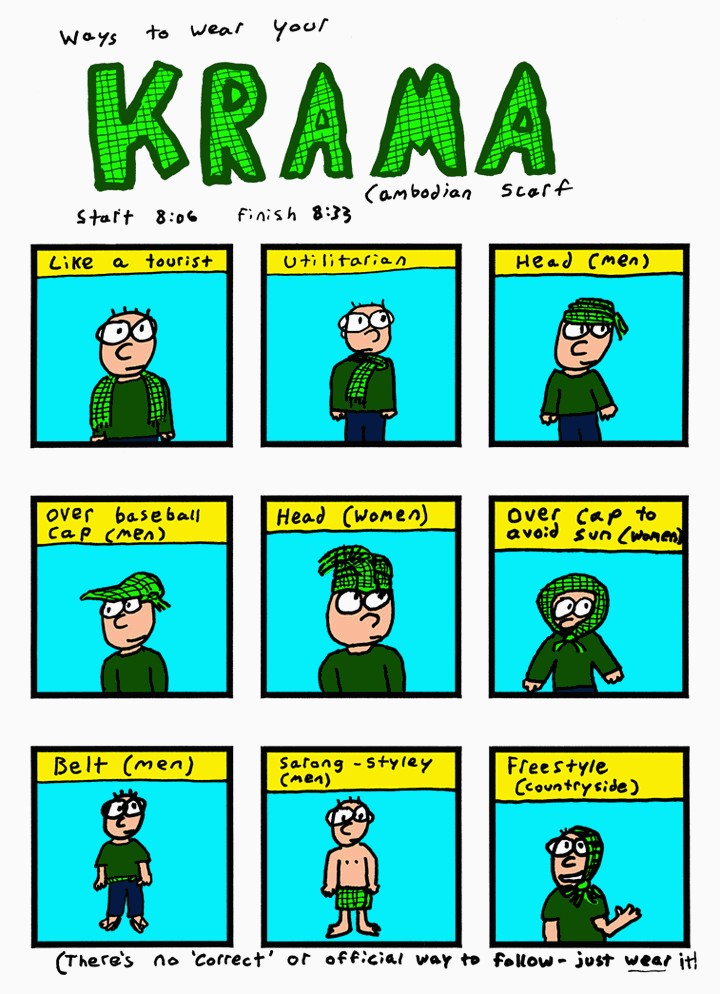 Ways To Wear Your KRAMA

Along with prahok (fermented fish paste), one of the key signifiers of Cambodian cultural identity. I could easily draw more variations, maybe I will!

There are zillions of ways to wear a krama. The small sizes are the most common, and large kramas are available also.

A few observations:
Wearing a krama (unsecured) is something I'll generally see in tourists and city people. Most people will wrap it around the neck at least once to secure it.

For the women's head covering older women often go for a large krama, it almost looks like a turban with a tuft flipping over to the back. Tricky to draw.

The belt is usually a countryside approach.

For lounging around the house, men kick it in a large style krama.

Pretty much anything goes for kramas. I can't ever recall a Khmer friend turning to another and saying 'you look goofy like that'.

(Whoops, typo in panel six. Will revise and maybe add some color tomorrow. )