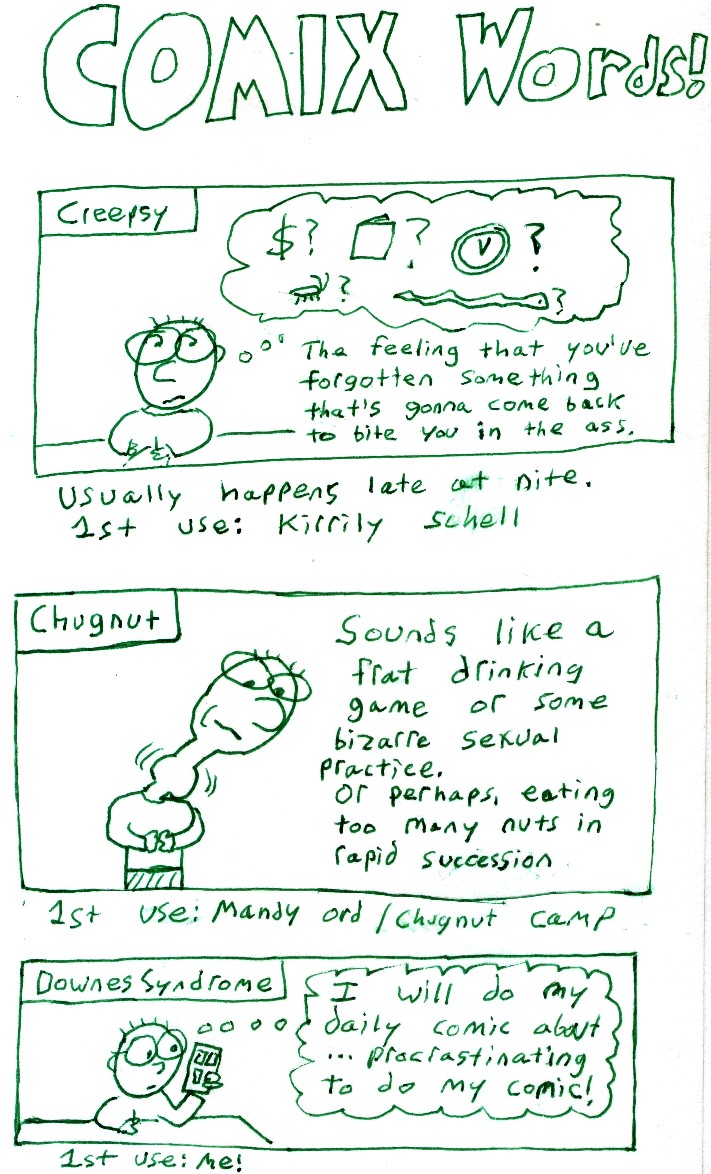 Another great thing about cartooning: just making terms up for the sheer gratuitous fun of it.

Creepsy comes via convo today on the interwebs. Orginator: Kirrily Schell in discussion with Andrew Woodward. Kirrily is doing post-production on some animation workshops in the Northern Territory which sounds like a real blast. Anthony is a prolific cartoonist straight outta Ballarat, and just got interviewed on 'The ComicsSpot'. (Check it out!) Chugnut is a comics drawing camp that I'm hoping I'll be able to attend sometime. http://blog.comicslifestyle.com/2010/03/chugnut-comics-camp/ The term is primarily attributed to Mandy Ord.

Downes Syndrome: I enjoyed being able to tune in to Chris Downes' daily comic every last year, carefully penciled and inked. And usually just under the wire! That vein being mined out, I can't really dance to the same jig in *my* daily comics. (I hope he'll forgive me coining the term.)